I’ve seen quite a lot insufficient CVM memory alerts, this could be caused since our production has grown, our applications demand more recourses and so on, increasing our CVM’s memory is very easy and simple and also Nutanix has a KB found here where you can safely change your CVM’s memory and fix this issue. ( I don’t like calling it an issue but most of the people do)

But since we are adventurous we are going to increase our CVM’s memory by running a script, this is a very simple script were We will be changing CVMs memory from 24GB to 32Gb

Important: This script needs to be executed on all AHV hosts

Was it hard? do not worry let me be more specific for you.

type the new amount of RAM e.g RAM=32
save the script by pressing the below characters followed by enter:
😡

Run the script by typing:

Log into PRISM and verify your new CVM’s Memory

After running the script:

or you can download it on here, change the .txt extension to .sh, (do not forget the permissions)

Keep in mind that your CVM will reboot in order to apply the changes.

DO NOT do this on all of your hosts if you are not in a maintenance window.

Hope this was very helpful for you guys,

Thanks to @magander3 for creating that incredible script, Thanks Magnus!

Buy me a coffee 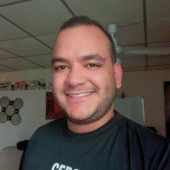 ESXi booting faster than your SAN

The easiest way to configure a persistent scratch location (ESXi)