Loopback interfaces…. Why they are even needed?

A couple of months ago while studying for my CCNA exam someone asked a question:

What role do the loopback interfaces play during the routing process? What is a loopback anyway and what does it do?

Most of the time we use physical interfaces in a networking device either for a frame or packet forwarding, sometimes logical interfaces or even subinterfaces( ie. port channels, tunnels, loopbacks) while these are used for advanced networking some people barely know what the loopback interface does.

People sometimes refer to a loopback as the “my computer’s IP address” or “127.0.0.1” “localhost” while this is true, we must know what is the behind context of that ip.

A loopback interface is set normally for administrative purposes in the routing processes, some internal gateway protocols like EIGRP or OSPF will use them to establish adjacency between the neighbors because they usually prefer this interface rather than a physical because it’s a best practice (they will always remain up).

The order in what the routing protocol OSPF elects a DR and BDR is the highest router ID is the following:

Imagine that each packet you send to the ip address configured in a loopback interface will be sent to the device itself, it’s a way to test the health of your device and make sure it’s reachable. Another use is creating testing networks and monitoring tools.

Buy me a coffee 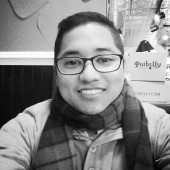